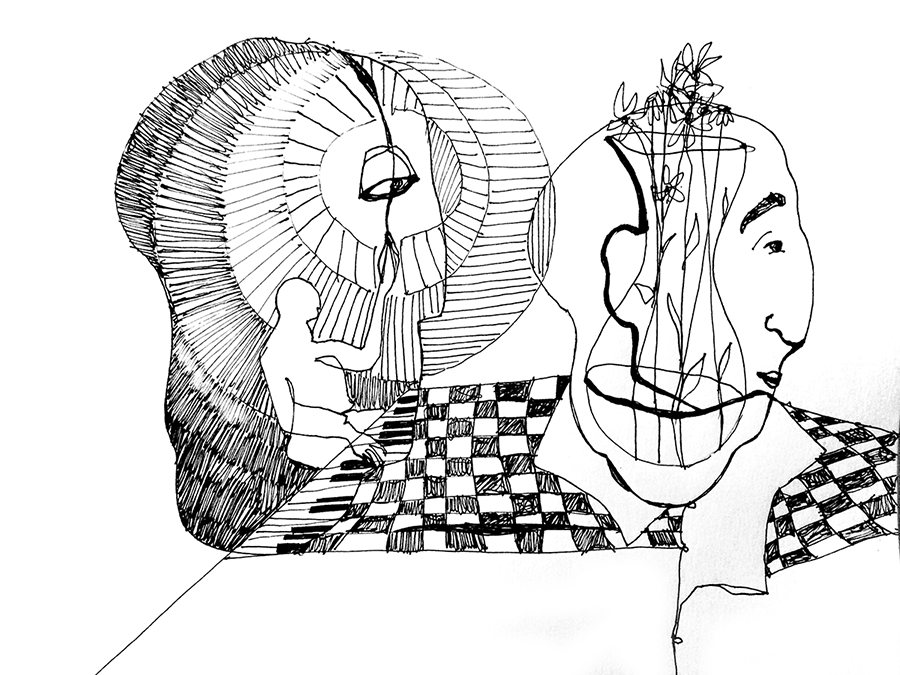 I am a postdoctoral associate in the IES section of the Economics Department at Princeton University.

We offer causal evidence of higher returns to experience in big cities. Exploiting a natural experiment that settled political refugees across labor markets in Denmark between 1986 and 1998, we find that while refugees initially earn similar wages across locations, those placed in Copenhagen exhibit 35& faster wage growth with each additional year of experience. This gap is driven primarily by differential sorting towards high-wage establishments, occupations, and industries. An estimated spatial model of earnings dynamics attributes an important role to unobserved worker ability: more able refugees transition to more productive establishments faster in Copenhagen than in other cities.

Empirical researchers often have to map data provided for a reporting spatial unit, say counties in 1900, to a reference one, say, counties in 2010. We discuss a general method to create such crosswalks: computing the share of the area of each reporting unit nested in a given reference unit. Using these shares, data can be re-aggregated from the reporting to the reference units. We apply the method to construct a crosswalk for mapping US county-level data from 1790 to 2010 to present-day county or commuting zone delineations. We also provide the code to generate other crosswalks given maps of reporting and reference units.

The County Business Patterns data published by the US Census Bureau track employment by county and industry from 1946 to the present. Two features of the data limit their usefulness to researchers in practice: (1) employment for the majority of county-industry cells is suppressed to protect confidentiality, and (2) industry classifications change over time. We address both issues. First, we develop a linear programming method that exploits the large set of adding-up constraints implicit in the hierarchical arrangement of the data to impute missing employment. Second, we provide concordances to map all data to a consistent set of industry codes.

We study a group of service industries that are skill-intensive, widely traded, and have recently seen explosive wage growth. Between 1980 and 2015, these "Skilled Tradable Services" accounted for a sharply increasing share of employment among the highest earning Americans. Unlike any other sector, their wage growth was strongly biased toward the densest local labor markets and the highest paying firms. These services alone explain 30% of the increase in inequality between the 50th and 90th percentiles of the wage distribution. We offer an explanation for these patterns that highlights the complementarity between the non-rivalry of knowledge and changes in communication costs.

Growing Apart: Tradable Services and the Fragmentation of the U.S. Economy [02/19]

Between 1980 and 2010, the college wage premium in U.S. labor markets with larger initial shares of high-skill service employment grew substantially faster than the nationwide average. I show how this trend can be explained within the con- text of a Ricardian model of interregional trade, where a reduction in communication costs magnifies regional specialization in high-skill services, raising the skill premium in service-exporting regions and reducing it in service-importing regions. Quantita- tively, I show that the decline in communication costs I infer from sectoral trade im- balances can explain a substantial part of the differential skill premium growth across U.S. labor markets in the data. These regional changes aggregate to account for 30 percent of the rise in the overall U.S. college wage premium between 1980 and 2010.

Can We Save the American Dream? A Dynamic General Equilibrium Analysis of the Effects of School Financing on Local Opportunities [01/19]
w/ Tatjana Kleineberg

Neighborhoods in the US differ substantially in the educational and economic oppor- tunities that they offer to children who grow up in them. We develop and estimate a structural spatial equilibrium model of residential and education choice to study the effects of school financing policies on education outcomes, intergenerational mobility, and welfare - at the local and aggregate level. Our model generates persistent effects of children’s neighborhoods on adult outcomes through local labor market access and local human capital formation. Local school funding is an important component of the latter. We estimate the model using a range of US Census datasets by fitting model predictions to regional data of the actual US geography. We use the estimated model to study the effects of counterfactual policy interventions, in particular, the equalization of school funding across all students. We find that general equilibrium responses in local prices and local skill compositions significantly dampen the partial equilibrium ef- fects of the policy, so that effects on education outcomes and intergenerational mobility are positive but only moderate in general equilibrium.

This paper studies the spatial implications of structural change. The secular decline in spending on agricultural goods hurts workers in rural locations and increases the return to moving towards non-agricultural labor markets. We combine detailed spatial data for the U.S. between 1880 and 2000 with a novel quantitative theory to analyze this process and to quantify its macroeconomic implications. We show that spatial reallocation across labor markets accounts for almost none of the aggregate decline in agricultural employment. The reason is that population flows, while large in the aggregate, were only weakly correlated with agricultural specialization. Labor mobility nevertheless had important aggregate effects. Without migration income per capita would have been 15% lower. Moreover, spatial welfare inequality would have been substantially higher, especially among low-skilled, agricultural workers, which were particularly exposed to the structural transformation.

Discrete choice problems with complementarities are prevalent in economics but the large dimensionality of potential solutions substantially limits the scope of their application. We define and characterize a general class that we term combinatorial discrete choice problems and show that it covers many existing problems in economics and engineering. We propose single crossing differences (SCD) as the sufficient condition to guarantee that simple recursive procedures can find the global maximum. We introduce an algorithm motivated by this condition and show how it can be used to revisit problems whose computation was deemed infeasible before. We finally discuss results for a class of games characterized by these sufficient conditions.